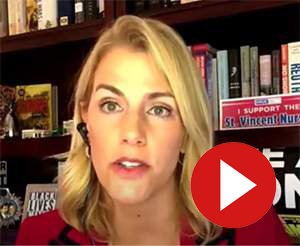 Last Thursday, AFA-CWA International President Sara Nelson testified before the House Transportation and Infrastructure Subcommittee on Aviation in a hearing titled, “Disruption in the Skies: The Surge in Air Rage and its Effects on Workers, Airlines, and Airports.” President Nelson’s testimony centered on the challenges frontline workers including Flight Attendants, passenger service agents, and ground service workers are facing from unruly passengers.

There has been a staggering increase in the number of incidents involving unruly and disruptive passengers in the last year, presenting a major threat to the safety and lives of the workers and passengers. “This is not a ‘new normal’ we can accept. We know the government, airlines, airports, and all stakeholders can take actions together to keep us safe and flying friendly.” said Nelson.

Donielle Prophete, President of CWA Local 3645, also submitted written testimony for the record to the subcommittee on the shared experiences of passenger service agents at Piedmont, American's regional subsidiary. Prophete’s testimony covers the impact of the overlapping pressures of assaults and operational challenges like severe understaffing across airports.

The hearing was followed by a meeting on Monday between members of CWA and AFA-CWA leadership and the Federal Aviation Administration (FAA) to raise concerns about the safety risk unruly passengers pose and urge the FAA to take immediate action.

For media inquiries, call CWA Communications at , or email Beth Allen. To read about CWA Members, Leadership or Industries, visit our About page.